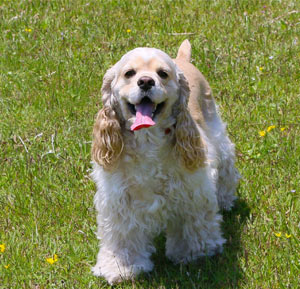 Sensitive and charming, the Cocker Spaniel has gained widespread popularity over many decades, both as a sporting dog and a pet. The smallest member of the sporting dog family, the breed is known for its amenable and cheerful disposition. The typical Cocker Spaniel is a gentle, trustworthy and beloved family companion who wants nothing more than to snuggle on the couch and make his family happy. They become extremely 'in tune' with their owners, which is wonderful, but this can sometimes make them rather manipulative. Because of this, Cockers need firm yet gentle handling. Establishing clear rules and boundaries is essential for a harmonious relationship. There's no doubting that their soulful eyes and sweet demeanor can mean it's severely tempting to give in to whatever they want and excuse any unacceptable behavior. This can result in an unruly and disobedient dog if allowed to become too much of an issue. Like other spaniels, the Cocker is energetic and needs regular exercise, as too sedentary a lifestyle can lead to behavioral problems. The breed has natural protective instincts making him a good watchdog. If Cockers are introduced to children and other pets at an early age, they can develop a close relationship.

The Cocker Spaniel is available in two distinct versions. The English has a slightly more pleasant disposition than the smaller American cocker. The cocker spaniel is often ranked as one of the top dog breeds and was accepted by the American Kennel Club as a separate breed in 1946.

Will a Cocker Spaniel be a suitable dog for my family? 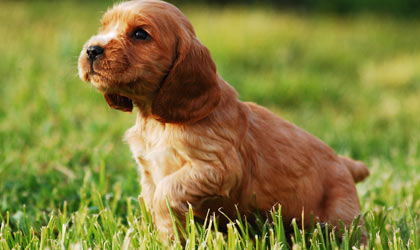 We’ll email you the link for the workshop.