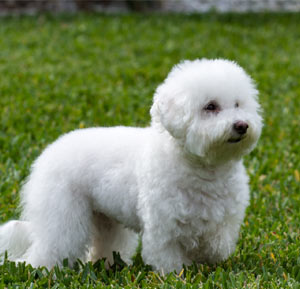 The Maltese is perhaps one of the most well known of all the toy dogs.  The breed has been kept as a companion dog for many centuries, thanks to his love of happily sitting on his owners lap and taking advantage of being the center of attention.  But don't let this fool you into thinking that they don't have a lively and playful spirit lurking beneath…  Unlike other small dogs, such as terriers, the Maltese doesn't usually have a penchant for mischief, being more like a spaniel in nature. They are intelligent dogs, with a bold air to their nature, meaning they can be somewhat strong willed.  Though too small and delicate to confront an intruder, their extreme alertness and love of the sound of their own voice makes them an effective watchdog.  The Maltese demands a lot of human attention, becoming devoted to their owner.  This means they can suffer from separation anxiety and become destructive if left alone for long periods of time. However, they should still be treated as a dog, and not over pampered, despite their miniature size.  This is not a breed to be recommended for families with small children or older, rough playing children due both to their intolerant nature and their own tiny size that makes them prone to injury. An early socialization and exposure to a variety of situations is a must for a Maltese to grow up as a well-rounded dog.

Will a Maltese be a suitable dog for my family?

Will a Maltese be a suitable dog for my family?
Then Maltese is the best suited Dog for you. 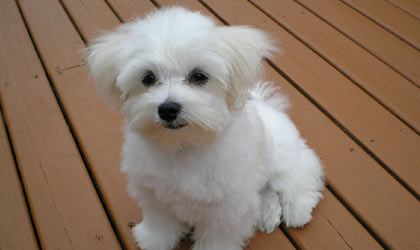 We’ll email and text you the link for the workshop and tips to train your dog.